...the who's who,
and the what's what
of the space industry

NASA seeks young engineers to help design a new robot concept for an excavation mission on the Moon. The Lunabotics Junior Contest is open to K-12 students in U.S. public and private schools, as well as home-schoolers.

The competition, which is a collaboration between NASA and Future Engineers, asks students to design a robot that digs and moves lunar soil, called regolith, from an area of the lunar South Pole to a holding container near where Artemis astronauts may explore in the future.

As part of the Artemis program, NASA will land the first woman and first person of color on the Moon and establish long-term lunar science and exploration capabilities that will serve as a springboard for future exploration of Mars. Lunar regolith is instrumental in this development and could be used to create lunar concrete, reducing the amount and cost of materials that need to be transported from Earth.

To enter the contest, students must submit entries, which must include an image of the robot design and a written summary explaining how the design is intended to operate on the Moon, by Jan. 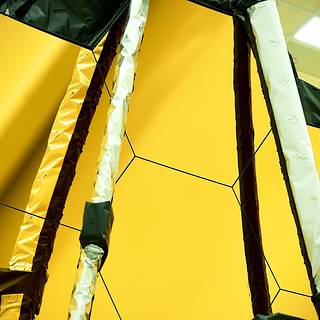 NASA will hold a series of virtual media briefings and events leading up to the launch of the James Webb Space Telescope, the premier space science observatory of the next decade.
Published in News
Tagged under
Read more...
Wednesday, 20 October 2021 11:56

Studying the edge of the sun's magnetic bubble

Our corner of the universe, the solar system, is nestled inside the Milky Way galaxy, home to more than 100 billion stars. The solar system is encased in a bubble called the heliosphere, which separates us from the vast galaxy beyond—and some of its harsh space radiation.

We're protected from that radiation by the heliosphere, which itself is created by another source of radiation: the sun. The sun constantly spews charged particles, called the solar wind, from its surface. The solar wind flings out to about four times the distance of Neptune, carrying with it the magnetic field from the sun.

The Station saw quite some aurora activity that month, caused by solar particles colliding with Earth's atmosphere and producing a stunning light show.

Fast forward to October and space is quite busy.

On 9 October the sun ejected a violent mass of fast-moving plasma into space that arrived at Earth a few days later. The coronal mass ejection (CME) crashed into our planet's magnetosphere and once again lit up the sky.

CMEs explode from the sun, rush through the solar system and while doing so speed up the solar wind—a stream of charged particles continuously released from the sun's upper atmosphere.

While most of the solar wind is blocked by Earth's protective magnetosphere, some charged particles become trapped in Earth's magnetic field and flow down to the geomagnetic poles, colliding with the upper atmosphere to create the beautiful Aurora.

Meet the winners of two ESA competitions at the IAC 2021 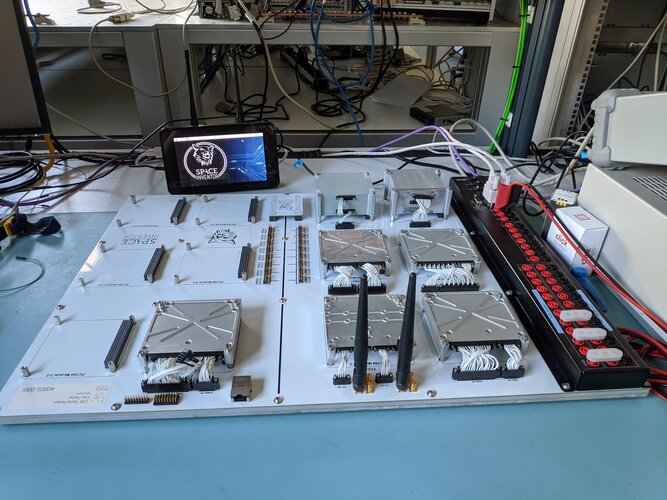 ESA’s latest CubeSat mission is destined to never leave the ground. Instead it is doing its duty as an opened-out ‘FlatSat’ – with its interlinked subsystems spread out across a table at the Agency’s Data Systems and Microelectronics Laboratory at its ESTEC technical centre in the Netherlands.

Astronomers already knew that our own Milky Way grew by taking in smaller galaxies. But now a team of Italian-Dutch researchers have shown that a small galaxy neighbouring the Milky Way has in turn absorbed an even smaller galaxy from its vicinity. The researchers will publish their findings on Monday in the journal Nature Astronomy. According to the prevailing theory, large galaxies such
Published in News
Tagged under
Read more...
Wednesday, 20 October 2021 09:56

Astronomers see white dwarf switch on and off

White dwarfs are what most stars become after burning off the hydrogen that fuels them. Now our astronomers have seen one of these galactic objects switching on and off for the first time. Researchers used a planet-hunting satellite to observe the unique phenomenon in a white dwarf about 1,400 light years from Earth. This particular white dwarf is known to be accreting, or feeding, f
Published in News
Tagged under
Read more...
Wednesday, 20 October 2021 09:56

Astronomers at Queen's University Belfast have launched a new online initiative, calling for volunteers to come forward and help to search for extrasolar planets. The online citizen project, hosted by Zooniverse.org, Planet Hunters Next-Generation Transit Search (NGTS), is enlisting the help of the public to examine five years' worth of digital footage showing some of the brightest stars i
Published in News
Tagged under
Read more...
Wednesday, 20 October 2021 09:56

Thanks to two microphones aboard NASA's Perseverance rover, the mission has recorded nearly five hours of Martian wind gusts, rover wheels crunching over gravel, and motors whirring as the spacecraft moves its arm. These sounds allow scientists and engineers to experience the Red Planet in new ways - and everyone is invited to listen in. "It's like you're really standing there," said Bapti
Published in News
Tagged under
Read more...
Page 1 of 876