Galileo prototype GIOVE-A switched off after 16 years in orbit 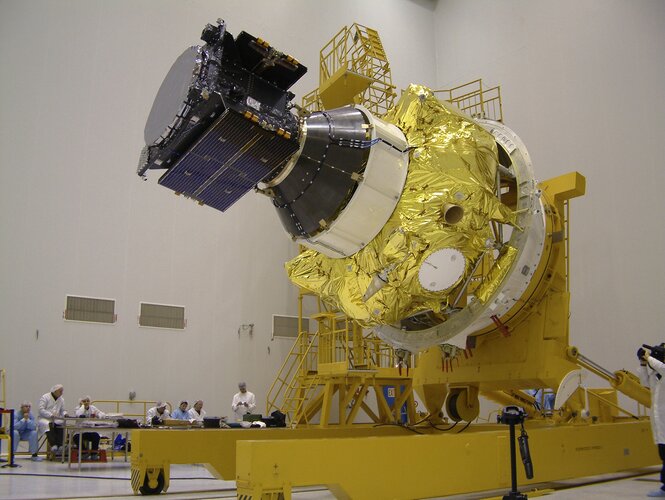 The satellite also continued its radiation survey of medium-Earth orbit, acquiring a unique record extending across more than 10 years, analysed by the Surrey Space Centre with ESA support. Multiple scientific papers have been written on these results, which encompass the “electron desert” of 2008-9 during what was the lowest levels of solar activity during the space era, followed by one of the largest electron storm events on record in April 2010.

A new model of the outer Van Allen belt electron fluxes, ‘MOBE-DIC’, has subsequently been produced from this dataset, helping to guide future satellite designs.

“Actually, the satellite itself is still operating well,” explains Sarah Lawrence of SSTL. “The reason for ending the mission is software obsolescence in our control centre. The decommissioning procedure involved transitioning the satellite to Earth pointing mode, turning off the reaction wheels and setting the attitude and orbit control system to standby mode, before finally switching off the on-board computer and transmitter.”